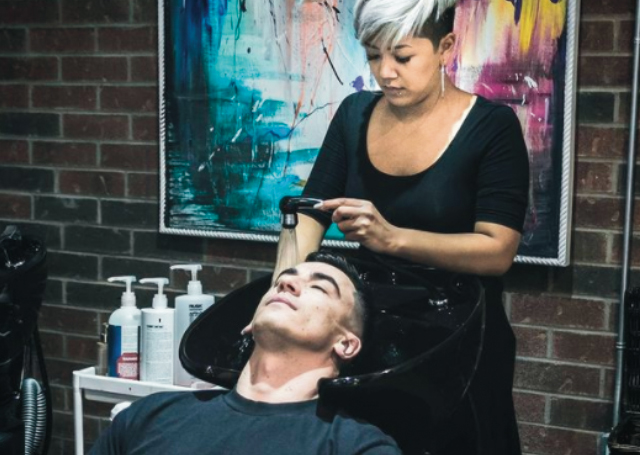 Andrea’s first job in the skilled trades was in the cooking industry. Having worked in a restaurant in high school, she made the decision to attend George Brown college for a one-year culinary course and many years later Andrea would make the transition into the hair industry.

Andrea started doing hair in high school, trimming both her and her younger brother’s hair. However a decision to cut her hair short led to her discovering her passion, “I just never was satisfied. One day I took the clippers and cut my own hair.” It didn’t start out perfect but with practice, Andrea was cutting hair as a professional.

Years later Andrea attended beauty school where she learned to cut and style hair. However, there was no course on barbing – that skill Andrea developed on her own, by working hard and staying dedicated to the craft.

Throughout her career journey, she often faced criticism from those around her – “they would tell me ‘you’re never gonna make money doing men’s hair’ because I was a woman in a male dominated industry.” But she didn’t let the negativity get to her, and after many years in practice co-founded her own studio, Bloc East, in the heart of downtown Toronto.