Is it racism or sexism? Carpentry apprentice suggests early mentorship to retain apprentices 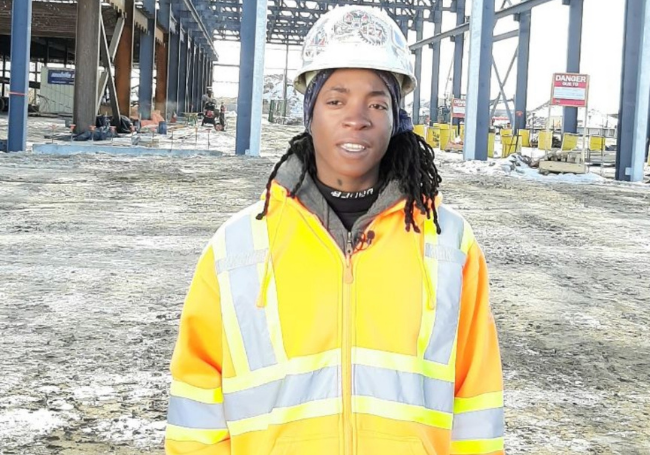 Mulisius Joe is a concrete formwork carpenter who enjoyed the idea of working with her hands, which ultimately led her to the trades.

She completed her pre-apprenticeship through the Scarborough Centre for Alternative Studies and was able to join Carpenters Union Local 27 in Toronto, Ontario.

While Mulisius was interested in joining the trades because of the great pay and benefits and loves that that she gets to work on different types of projects in and around the city, she didn’t have a mentor at the beginning of her apprenticeship and that was a struggle.

“Some of the challenges I faced on sight are hard to put into words. Most days I couldn’t tell if it was sexism or racism, but you definitely feel and see the ways you’re being treated differently.” Says Mulisius. “For instance, on one of my very first companies I worked for, the journeyman I was paired up with would find a reason I could not do the work assigned, even if the task was to hold the ladder while he was on it.”

She also says when the job was close to finishing, he had approached her on several occasions to let her know she would be laid off and that ScotiaBank was hiring so she should apply.

For anyone looking to get into the trades, Mulisius recommends first figuring out what you like to do and then doing a bit of research on those trades. Once you have made a few choices you should look into the best routes to join that trade (and union) and seek out mentors throughout your apprenticeship.

Reona Kimura is a Local 27 Carpenter and a Project Coordinator in the Concrete Forming Sector. She realized what she wanted to do when she was watching a home renovation show, “It was very interesting, and I really enjoyed watching it and I really wanted to do carpentry.”

Reona discovered that Local 27 offered an introductory carpentry class so she took the 5-month pre-apprenticeship course, joined the union, and started her career.

“In the beginning, the men weren’t as nice. They didn’t know what I could do. So that was the hardest time as a woman.”

Now Reona is a project coordinator where she gets to manage people and work in the office.

“Little by little my boss gave me paperwork and he realized it was very good. I was recording the job process and documentation.”

For advice when it comes to getting into the skilled trades, Reona says to pay attention at the job sites and that if the work is what you like to do, then just do it!

“Don’t worry about having experience. I also had no experience in construction before, but it takes time and paying attention to what’s happening on the job sites, and you’ll be able to catch up quickly.”