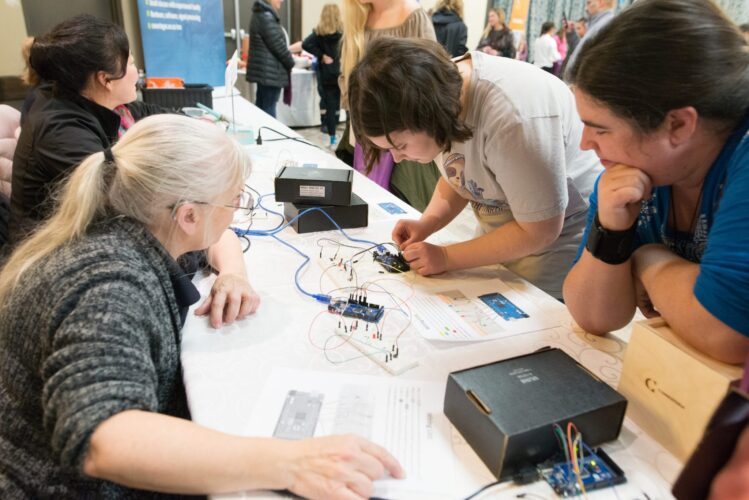 The preparations for a national campaign to promote skilled trades will be directed by a newly-formed advisory committee, Prime Minister Justin Trudeau announced on August 16 in Dartmouth, Nova Scotia.

More information will be released in the future but the committee currently includes:

In a statement released by the Prime Minister’s office, the Hon. Patty Hajdu, Minister of Employment, Workforce Development and Labour said, “The skilled trades offer well-paying middle class jobs but many young people never consider this as a first choice career option. A national apprenticeship campaign will encourage Canadians to enter the skilled trades, build our communities and keep the Canadian economy growing.”

With members like Mandy Rennehan , we know that the advisory committee will consider a variety of issues when a national campaign is created. When these women speak, they do not just talk about getting into skilled trades and leaving the story at that. For example, Rennehan speaks about the issue with encouraging women to enter the trades and then not providing an environment that includes them.

Sharing personal stories and highlighting some of the barriers involved with recruiting in the trades is vital to laying the groundwork for a successful campaign, but these stories also demonstrate how a national strategy cannot have a single-pronged approach; we have to consider all of the supports and resources that the youth of today will require to not only enter, but to remain on the skilled trades path.

Since 1987, over 300 reports and analyses have been published in Canada, examining the barriers and challenges to increasing the successful participation of women in skilled trades and technology sectors. Despite all the recommendations and campaigns to increase the greater participation of women in the manufacturing and technology workforce, there has been little, if any progress in over 30 years.

What needs to change to attract more youth (including women) to the trades?

Since 2014, Build a Dream has encouraged and empowered young women to pursue careers where females are under-represented. While skilled trades is just one area we promote, we found that the barriers to awareness, entry, and retention in male-dominated careers have many similarities so we set out to change not just career-planning, but mindsets.

What have we done so far?

We applaud the creation of the committee and the campaign that will follow…it’s a wonderful first step. The reality is that until we tackle the barriers to pursuing skilled trades (and truly address gender bias in society as a whole), we will not be able to attract and retain the numbers we need.