On the Fields of Success: The 2019 Women’s World Cup 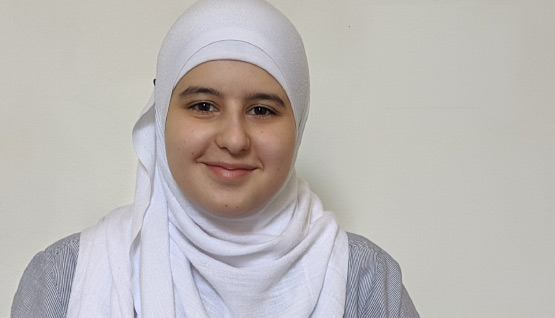 “We have to be better. We have to love more, hate less. We got to listen more, and talk less. We got to know that this is everyone’s responsibility… It is our responsibility to make this world a better place… Yes, we play sports. Yes, we play soccer. Yes, we are female athletes. But we are so much more than that. You are so much more than that.” Megan Rapinoe, co-captain of the USA World Cup team, issued this challenge to us all in her speech at the winning parade in New York City.

This is the attitude that we all must have to help shift perceptions when it comes to women in sports. The Women’s World Cup 2019 was an incredible, record-breaking series of games. This World Cup presented women in soccer with a chance to reclaim their sport and remove gender from the equation. But still, there is a lot of push back.

The Women’s World Cup began in 1999. And since 1999, the World Cup has attracted an outstanding number of viewers, both on television and in the stands.  But, looking specifically at this year, the quarterfinal game alone acquired more than 6.3 million viewers on Fox and its streaming sources, making it the most-watched FIFA women’s quarterfinal match and most-streamed FIFA Women’s World Cup match.

The 2019 Women’s World Cup winners, the United States Women National Team (USWNT) broke many records. On their very first match, they broke the record for the highest goals scored in one match and the highest winning margin with a 13-0 win against Thailand. This team is an undeniable powerhouse. Not only do they have the second youngest Amerian to score in the final match the first and only coach to win a World Cup twice, but among many more excellent achievements, this is their 4th World Cup Championship trophy.

Soccer fans in the stadium did not let the triumph and the enthusiasm of the FIFA championship game turn them blind. At the end of the match, spectators could be heard chanting, “Equal pay!”

The money allocated for prizes in the 2019 Women’s World Cup is $30 million, with the champion winning about $4 million. This may seem like a fair amount of money, however, in comparison, the total for the men’s 2018 World Cup was $400 million, with the champions awarded $38 million. It has been said that FIFA can, in fact, afford to bump up the women’s pay and prize money with the $2.75 billion US dollars the FIFA has in their bank account.

Though many argue that money in sport depends on viewership – and maybe it does. However, taking a deeper look through the past, the women’s soccer teams have been successful in cultivating both money and viewership. Many say that one of the reasons the women’s soccer game is “less watched because it’s less entertaining”, the USWNT argues that the possibility of less viewership on the national, or international level, comes from the underdevelopment of the game.

There is no doubt that views and performance are a part of the soccer teams’ paycheques, and it is a true fact that on the American national level, women’s soccer falls staggeringly behind in the number of views. But, shouldn’t the players on the international level get the opportunity to be paid an equal wage? They absolutely should.

On the other side of the world, The Matildas have also taken strides to fight for equal pay in soccer and sports. In 2015, the team boycotted a sold-out US tour to force their employers to pay them more fairly. The strike allowed them to grasp a better bargain in which their pay increased from being $14,894, which equates to a part-time retail job, to an estimate of $21,000.

When critics of the call for equal pay state that the structure of payment is different between the women and men’s teams, that’s an understandable statement. Both sectors of the teams have different financial structure. Though an important question in that matter is, why?

Why call for structural change? Both teams play the same sport with the same rules and regulations. If the way to grant both sides an equal standard salary and an equally priced bonus is to overhaul the financial ways of the soccer federations, then these are the measures that should be taken to ensure equality.

The way money is distributed and earned in soccer differs from country to country and is a very complicated issue. It’s clear, however, that there is unfairness in these federations and within FIFA. Many women’s teams have successfully made a bargain with their respective federations that allow them to minimize the pay gap between women and men’s teams, but there is still a long way to go.

By using a united voice, we have a powerful start for equality in sports and can participate in a greater discussion that allows us to boost the women who give their everything on the fields.

Athletes — no matter their gender — have amazing talent and deserve the same opportunity to be on the same level playing fields. Looking back at Megan Rapinoe’s challenge, we can take gender out of the equation and solely take a look at talent, skill and ability.