An Interview with Outstanding CEO of the Year & Member of Order of Canada, Linda Hasenfratz 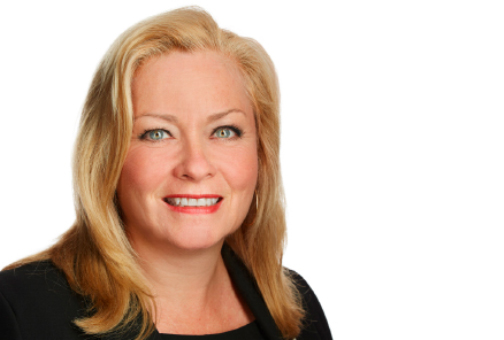 A common thing young women are told about finding a career is follow your passion. But what if you don’t know what that is?

“Don’t worry about it. Not that many people are that passionate about something from a young age,” says Hasenfratz. She said that it’s okay to not know or not be drawn to something immediately.

?????????? ??? ?????? ??? ???????? ???:
⚙️ Embrace the idea of diversity. It broadens your talent pool.
⚙️ Build your leadership team to be representative of the demographics of your company.
⚙️ Think about how you advertise your openings and what adjustments you can make so that more individuals see themselves as a fit for your organization.

And when you get the team you need and want to excel? Good leaders will demonstrate care for others, and work to balance the needs of employees, customers, and stakeholders equally.

As a continuous advocate for women, and as STEM became a common conversation, Linda Hasenfratz founded See It Be It STEM It to provide a platform to continue the conversation of involving more women in STEM. Along with highlighting profiles of women in STEM careers, the organization puts out a calendar each year so that some of those profiles can be top of mind. Visit seeitbeitstemit.com to read the profiles and get access to one of the 20,000 calendars that will be printed for 2021.

? Want to be hired at a trailblazer like Linamar? Linamar & the Hasenfratz family donated $5 million to the Western University Scholarship for Women in Engineering/Business Dual Degree Program. Students in the program have subsidized tuition, job placements for 2 summers, and a job offer upon graduation!

? Sponsored by: Work Based Learning Consortium

Linda Hasenfratz is the Chief Executive Officer of Linamar Corporation, an advanced manufacturing company where the intersection of leading edge technology and deep manufacturing expertise is creating solutions that power vehicles, motion, work and lives for the future. The Company is made up of 2 operating segments – the Industrial segment and the Transportation segment, which are further divided into 5 operating groups – Skyjack, Agriculture, Machining & Assembly, Light Metal Casting and Forging, all world leaders in the design, development and production of highly engineered products. The Company’s Skyjack and MacDon companies are noted for their innovative, high quality mobile industrial and harvesting equipment, notably class-leading aerial work platforms, telehandlers, draper headers and self-propelled windrowers. The Company’s Machining & Assembly, Light Metal Casting and Forging operating groups focus on precision metallic components, modules and systems for driveline, body and powertrain systems designed for global electrified and traditionally powered vehicle and industrial markets. Linamar has 27,000 employees in 61 manufacturing locations, 11 R&D centres and 25 sales offices in 17 countries in North and South America, Europe and Asia which generated sales of $7.4 billion in 2019.

Hasenfratz’ enthusiasm for the arts prompted her to join the Board of Governors of the Royal Ontario Museum in 2002.  In 2012 Hasenfratz became the inaugural Chair of the Philanthropy Leadership Cabinet of the Guelph General Hospital.  Involvement in charitable organizations continues to be an important focus for her.

Hasenfratz has also sat on the Board of Advisors for Catalyst Canada since 2003.  In February 2017 Hasenfratz was announced as the Canadian Chair of the Canada-United States Council for Advancement of Women Entrepreneurs and Business Leaders.  Hasenfratz’ desire to see women progress in business to the top level of industry prompted her to participate in these two key initiatives.

Strengthening her position as a Canadian and Global leader, Ms. Hasenfratz was appointed to the CIBC Board of Directors in 2004 and retired from the board in April 2020.  She was Canadian Chair of the North American Competitiveness Council in 2008, a trilateral group of executives from Canada, the US and Mexico convened by the countries’ Leaders to debate and advise on key recommendations regarding enhancement of the NAFTA region.  Hasenfratz became a member of the Board of the Business Council of Canada (formerly the Canadian Council of Chief Executives) in 2010 and was Chair from 2016 to 2018.  Her contribution to this important policy and advisory group has assisted her in developing relationships and advancing ideas to key business and government leaders.  In December 2018, Ms. Hasenfratz was appointed to the board of the Association of Equipment Manufactueres (AEM).

Ms. Hasenfratz was named the Canadian Outstanding CEO in November 2018 and was also made a member of the Order of Canada in December of the same year.

In recognition of her and Linamar’s support and focus on international growth Hasenfratz has received 2 international honours.  The French Government honoured Hasenfratz in June of 2015 with the Chevalier dans l’Ordre National de la Légion d’Honneur, one of the highest honours bestowed upon a non-civilian in France.  In October 2016 Hasenfratz was honoured by the Hungarian government and was awarded the Knight’s Cross of the Order of Merit of Hungary.

Ms. Hasenfratz supports one of Linamar’s key industries, the automotive industry, through her appointment as the first female director to the Faurecia Board of Directors, a French automotive supplier, in 2011.  Hasenfratz has been named one of the Automotive News 100 Leading Women in each year of its publication in 2000, 2005, 2010 and 2015.