Response to Article that Highlights Women as the Skills Gap Shortage 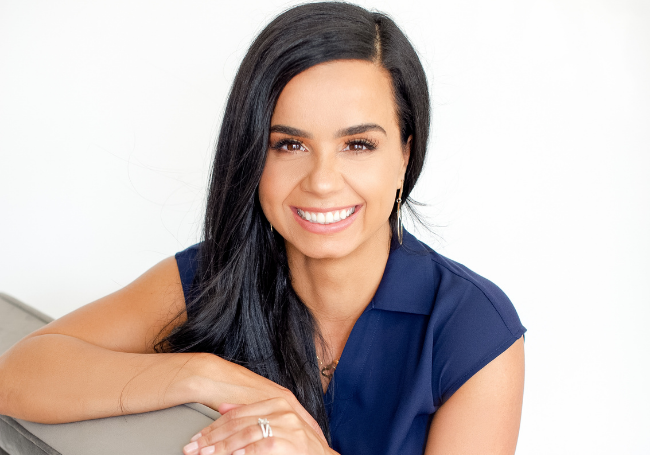 In a recent Globe and Mail article, “Women are the answer to Canada’s skilled-trades shortage, but many roadblocks still exist” Julie Gordon (July, 2021) talks about how Canada is facing a shortage of skilled trades workers, and how Canadian employers are struggling to recruit and retain women.

We spoke with Build a Dream President and Founder, Nour Hachem-Fawaz about why women are still having to prove themselves on job sites, how childcare is affecting the workforce and her recommendations in filling the gender gap in skilled trades positions.

“Whether we’re talking about women wanting to become electricians or police officers or firefighters, it comes back to the physical ability and the stereotype that these jobs are dirty, women don’t want to get dirty, and they don’t want to (or can’t) lift heavy things.”

“So, there’s this cultural perception of where women belong in the workforce and why they should not be doing that job. We all have our own unconscious biases…the connections we make and the assumptions we make of who belongs where. I think there’s this automatic doubt because there are so few women on those job sites that they have to constantly prove themselves and their abilities or strengths.”

Returning to Work After Mat Leave

When women do enter the skilled trades positions and choose to start a family, choosing to come back to work can depend on several factors, with childcare being the biggest.

“There’s no doubt childcare barriers are the greatest challenge to working moms,” says Nour, who recently participated in the Ontario’s Task Force on Women and the Economy roundtable. “One of the recommendations that I did make, on behalf of the organization, is to adopt a $10 a day federal policy for childcare.”

The $10 a day policy, which other provinces have already signed on to, can help take away that important and tough decision that families have to make when it comes to questioning if they can even afford to go back to their career due to the cost of childcare.“

If you’re making just above minimum wage, it’s not worth having two kids in childcare and going back to work because financially it doesn’t make sense. So having affordable childcare really helps that barrier.”

What Else Can Be Done to Recruit and Retain Women

There are many things companies can do to help recruit and retain women.

“Ultimately, it’s going to be costing our economy and companies more money if they don’t start responding to more diverse and inclusive practices,” says Nour. “Companies need to be responsive and start now.”

It takes 3-5 years to train an apprentice until they become a journeyperson. Canada is already experiencing a shortage of skilled workers and if they don’t create practices and programs that are responsive, we’re going to fall behind even further.

“I definitely believe in pre-apprenticeship training programs; I believe in exposure as early as grade school and high school. Companies need to start putting recruitment into their strategic plans. The same way they would do with their revenue strategy, they need to do with their pipeline strategy.”

What else can companies do? Nour says consider simple things like being mindful of parental leave for fathers in your workforce.

“There’s always that assumption that no matter what the situation is, that the mother will take the leave. But as the economy is changing and it’s dependent on two income households, it’s important to be mindful that it can be either the mother or the father taking the parental leave.”

Other considerations can also be made:

Not every company can afford robust compensation but there are so many ways to show support and make your environment a welcome one. Being mindful, having those discussions and making updates to a policy that you include in a welcome package shows a potential tradeswoman that not only does the employer support employees at all stages of life, there are measures in place to help and support them.

When it comes to Build a Dream and what’s being done to helping women move forward in these industries, Nour says it’s a collective effort that needs to happen.

“Build a Dream is planting the seeds so that in the future, young women who are attending our events now, are choosing careers that are high paying and in demand. We work very closely with government and secondary education institutions in advocating and bringing attention to the barriers that women face when it comes to the skilled trades and STEM.”

Build A Dream currently has two programs that put tools in the hands of young women: #HERPower Tools and #HERPower Skills.

#HerPower Skills will help women entering the workforce through teaching life skills, financial literacy, as well as hands on skills so it introduces and exposes them to these pathways. #HERPower Tools  is designed for those that are choosing the skilled trades as a firsts time choice or as a second career choice.

“It’s a way for us to provide them with not only the physical tools, but mentorship, access to programs and employers so that they can be connected to industry champions that value diversity and inclusion and want to hire more women.”

An Open Letter to Young Women

Helping your daughter find a career

A paramedic, a carpenter, and an entrepreneur walk into an expo…